3 Ways to Create an Animated Smear Effect in Ae

Cinema Spice’s Mikey Borup shares a few methods for creating an animated smear effect for elements that are in motion. Creating a smear effect is a great way to accentuate movement between two poses. The techniques center around motion blur, without the traditional soft edges that seem associated with blurring.

One of the methods forces a motion blur effect on the element and is made to it appear longer and more solid, by affecting the levels of the layer.

Another method uses the echo effect to create a similar reproduction, albeit playing back a little slower.

The third way leverages expressions in After Effects that help to control the “Minimax” effect. Each technique has its advantages and disadvantages that are varied enough that you can use them as needed depending on your situation. 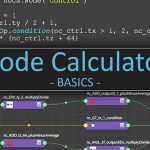 Node Calculator: Now You Can Create Maya Networks with... Previous
Use SOuP's Copier for a Voxel Effect in Maya Next 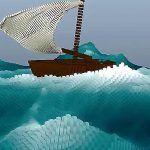