Hot on the heals of the emTools for Softimage Update, Eric Mootz releases an new update to emFlock2 bringing the version up to 2.3. You may have seen some really incredible animations using emFlock2 in the past, and Eric adds to those with a new feature video called “evolution”. The name evolution in this case refers to the fact that one of the enhancements in the new version of emFlock2 is the ability to have particles fly around and land on objects in a specific order… from top to bottom as an example.

The motivation to make this animation was to test the features of the new emFlock2 version 2.3. The animation has one camera and one simulated point cloud. The shapes into which the particles morph are point clouds that were created with the compounds “Quantize Volume”, “Twist Position” and the new “Equal Distribution” which are all three contained in the latest emTools.

emFlock is a flocking simulator for Softimage ICE and along with the flocking ICE node comes a handfull of usefull compounds, and uses the three classic ground rules of flocking – Separation will prevent the members from crowding and colliding. Alignment will make each member adapt its heading to the average heading of its visible neighbors. Cohesion will make each member want to go to the average position of its visible neighbors. emFlock2 also includes a set of compounds called emFly. emFly compounds allow you to define flying paths for the particles making it easy to flock of particles from one shape into another.

emFlock2 has a version available as a trial and if you wish to purchase, retails for 99 Euros, and will work with Softimage 2011 SP1 and above.

Check out a previous post for a look at how emFlock works in Softimage showing some emFlock2 tips and tricks. 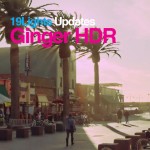 emFlock2 Even Distribution of Particles on a Surface