Demitris uses the Camera Calibrator to align the Cinema 4D camera to the photograph so that it can be used to project the image onto simple geometry making a scene really quickly without too much effort. Dimitris then uses the camera tool to create a subtle push into the scene by using the camera morph tool in Cinema which allows you to create great camera moves easily with only a couple of keyframes.

The release of Cinema 4D R14 added the Camera Calibrator which allows you to simply draw lines or grids on top of back plate photography or footage and things like the perspective vanishing point, focal length and orientation will automatically be calculated from that simple user input. You are also able to add a pun to solve for the camera’s position and easily integrate 3D objects into the original scene. 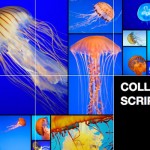 Working With Camera Mapping and Perspective in C4D

Introduction to Camera Projections in C4D