This will be the first architectural rendering tutorial in a series which will show my process in creating a final, photo realistic visualizationJeffrey Baravarian – ArchitecturalRenderingHQ.com

Starting with setting up the plans for modelling in Cinema 4D, and then conning on to build the model. Jeffery notes that he is using C4D here, but really most of the techniques can be transposed to other 3D applications if you know where to look for things. He will be using Vray to render out the project, and really V-Ray is V-Ray everywhere, so it will be easy to follow along. Be sure to check out Architectural Rendering HQ’s multi-part tutorial on creating architectural renders in Cinema 4D for the entire tutorial which is a mix of text and video. 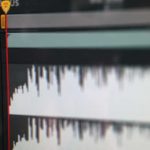 Keeping PreComp Audio In Sync With a Master Layer's Audio... Previous
Autodesk Shows Off Project Khan In Maya 2014 Next 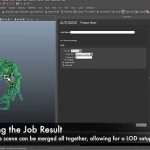