One of the best ways to block out an animation is to use the pose to pose animation technique. This is where the keys are not interpolated by the application, so the animation plays through popping from one pose to the next, while still respecting the duration of the animation.

This plugin saves a lot of time to make an animation and helps the animator to speed up his workMatteo Porchedda – C4DZone.com

Pose to Pose offers an opportunity to adjust the timing without the visual noise of keyframe interpolation or smooth motion. Its very easy to check and adjust the beats at which things happen.

It is at this stage of the animation where the Animation Retimer plugin can become useful. The plugin works by letting you adjust the timing of an animation, simply by clicking to the next pose keyframe. You can then time out your animation by clicking faster or clicking slower.

The Animation Retimer plugin stores the time that has elapsed between clicks, and uses the overall duration of the animation to redistribute the keyframes based on your clicks.

If you have a pose to pose animation create, simply call the plugin. The Animation Retimer plugin presents a window that will allow you to analyze the animation, so you can better determine what the timing should be as you are playing it back.

If you hit the “start Retime” button, each click will pop over to the next keyframe, storing the time that has elapsed between your clicks. You can then preview the new timing for the animation, and if you are satisfied with it, you can accept the change, or start over with a new timing.

Of course once the pose to pose timing is set, you can go back into the Curve editor and set the keys to interpolate using C4D F-Curves.

The Animation Retimer plugin works with all editions of Cinema 4D R13/14/15 (Prime, Broadcast, Visualize, Studio) and with all cinema 4D compatible engine renderers (V-Ray etc). You can learn more about Animation Retimer on C4DZone.com here. 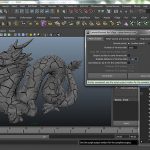 LarmorVoronoi Plugin for Maya Updates with Mac OS and... Previous
Create a Controller to Keyframe the Wiggle Expression... Next 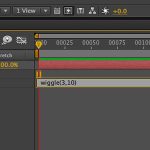 Get a More Natural Feel from Pose to Pose Animation

Creating Pose to Pose Character Animation in After Effects