The Minnesota After Effects User Group posts a presentation that was given by motion graphics and visual effects artist Ben Pohl. Ben’s talk was on creating “puppet” animations in After Effects, specifically all the ancillary bits that revolve around using the DuIK tools for rigging up character limbs in Ae.

This is a great watch, as Ben covers everything that you would need to know about creating IK systems in After Effects – providing plenty of resources.

Ben covers all of the secondary and ancillary tools and scripts that may be needed or helpful in creating characters in After Effects.

An interesting point in the presentation is where Ben notes that the DuIK tools can also work in 3D, using 3D objects set up in an IK chain.

The DuIK tools are an amazing set of scripts for After Effects that allow you to create IK chains between hierarchal layer objects. Even more amazing, they are free to download and use.

It was almost a year ago that the tool’s creator Nicolas Dufresne teased some of the new features that are planned for DuIK 14. Some of the features on the table are full-on bone systems, an auto-rigging system that can create a full character in one click.

Nicolas also mentioned that even though the new feature additions would be pretty ambitious, and the tools would remain free. However, the update would be a slow process with infrequent updates. 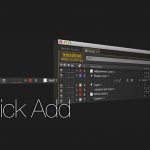 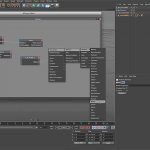