Ocean Effects With the Ocean Shader in Maya 2015

Daryl Obert has a look at creating shader based ocean effects in Maya 2015, taking apart the water effects for the 2015 demo scene and walking through how the shader system was set for for creating the realistic water effects there.

Daryl makes mention that you do not necessarily have to do a “full on” simulation to get the benefits of realistic looking water.

Much of it can be achieved through the ocean shader. In fact Daryl walks through using the Maya ocean shader in 2015 to easily create a large body of water, including fast viewport displays as well as real time displacements in the viewport.

The ocean shader system in Maya 2015 makes use of viewport 2.0 giving you visual feedback as you are changing parameters in the attribute editor. It is also good to note that anything under the “create ocean” menu commands will typically build out shader based ocean effects in Maya.

This includes floating objects in the water which is done with the ocean shader and some added expressions to make the object float. 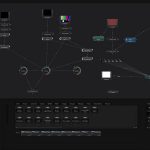 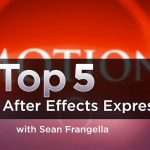 Working with the Houdini Ocean Toolkit in Maya