Mike Batchelor has a look at the soon to be released DEM Earth 2. If you are not familiar with DEM Earth 2, then you most likely have never had to create or animate a 3D map in Cinema 4D.

DEM Earth allows you to easily import and use Digital Elevation Models right in Cinema 4D. By easily, I mean you basically type in the location you want to load.

DEM Earth then creates a 3D model from the DEM data, generating the map you requested dynamically. The C4D plugin has had an OSM importer for a while, loading Open Street Map data right into the viewport. This allowed you to create the basis for street level objects of detail right on your 3D Map.

DEM Earth 2 adds the next progression in dealing with open street map data with a new extruder function. This will allow you to extrude buildings from the OSM data, using height data (if it’s available) to give you an amazing start to populating your 3D maps and terrain with construction.

To learn more about DEM Earth 2, check the page at CinamePlugins.com here. 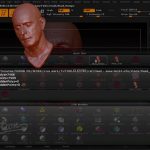 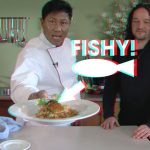