If you ever tried to reposition an anchor point in Ae on an animated object, you’ve realized how things can go bad quickly.

There have been a few scripts that will allow you to easily reposition an anchor point in Ae, but they are typically “construction” type of scripts and don’t deal with the object’s animation path.

The script is available as a “name your price” sale, check out the CI Move Anchor here. 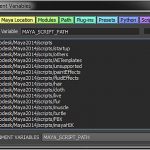 An Easy Way to List Maya Environment Variables and Their... Previous
A Technical Guide to Maya Joint Orients Next 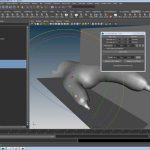