Are you still confused about rendering and using a Camera Depth Pass from Maya? Render passes within Maya have been an ongoing battle between ease of use and usefulness.

There are Maya render layers, and render passes that can be acquired through mental ray’s settings. Most are pretty straight forward, while others such as the ambient occlusion pass and the camera depth pass, still cause confusion among causal users.

JJ Chalupnik found that there are quite a few tutorials that cover certain aspects and situations, but not others. This is why JJ has put together a tutorial showing the entire process of rendering a camera depth pass with mental ray and using the pass when compositing in After Effects.

As JJ notes, the tutorial works with Maya 2015, however the techniques described should work in previous versions of Maya – also, this is just one of the many techniques for creating a camera depth pass in Maya. It is one that JJ has found to give constant results. 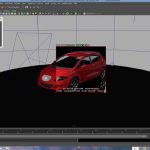 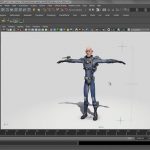 Creating a Luminance Depth Pass/Depth of Field in Maya