Gene Carlo Magtoto has been working on an update to UberTracer, the popular tool that allowed you to extend the features of C4D’s MoGraph Tracer.

A live demo of how Vertex Maps and Selection Tags can be used with UberTracer 2.0

UberTracer 2 has been rebuilt form the ground up as a full-fledged plugin for C4D, offering many more features. Nearly complete, Gene Carlo Magtoto shows off UberTracer 2’s ability to work with Vertex Maps ad Selection Tags in C4D.

Gene Carlo notes that using selections and vertex maps can make UberTracer much more responsive. This is because unselected points are ignored in the calculations of the plugin.

No word yet as to a release date for UberTracer 2, but it does seem like it’s very close!

Some other features that are slated for the UberTracer 2 release are:

Fade transitions when over or under distance threshold

Can be properly used with Sketch & Toon and Hair Render.

All spline generators should be able to use UberTracer as an input object.

Performance has been improved, though it will still be single-threaded for now due to code complexity. 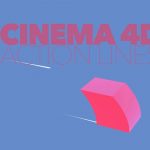 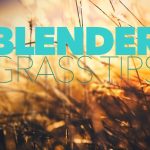