Grow X-Particles With Mograph and the Proximal Shader

London based digital effects studio, Munk Studios have been posting some “silent” tips for working with Cinema 4D. Here, they post a look at how to get X-Particles to grow in C4D using the MoGraph module and the proximal shader.

This is based on the Munk Studios team who have had problems using the proximal shader to generate or interact with x-particles. Shown in the tutorial is a kind of work around using other c4d tools to compensate for it.

This set up can be used to grow flowers or grass from anything that can be applied to a proximal shader. There is one note: there is some kind of priority issue with the trails in this set up which disables the spawning for some reason. The seems to be solved by putting the trails at the bottom of the object manager. Also note, this was made with x-particles 2. 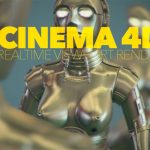 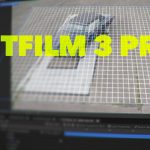 Grow an Object Over Time in Cinema 4D