If animating in Maya is your thing, then you probably use Justin Barrett’s tweenMachine. It is simply the easiest ways to create breakdowns between key poses in Maya.

What new features are coming in tweenMachine 3.0.0 for Maya? Watch to find out, then go download the beta to mess with it yourself

TweenMachine 3 is being completely rewritten in Python. This, according to its creator Justin Berrett, will make it much easier to maintain, and also pave the way for additions that would have been difficult if not impossible to code in MEL.

The initial release of TweenMachine 3 currently only contains a select amount of features from the original MEL version. Justin’s demo of beta version, shows tweenMachine with a new streamlined user interface.

The TweenMachine beta’s interface can also automatically adjust itself based on panel size, stretching and conforming all the elements in the UI smaller or larger accordingly. This will allow you to maximize your animation space by giving tweenMachine a super small footprint.

Excitingly, TweenMachine now has a “toolBar” mode. While in toolbar mode, you can easily dock tweenMachine to any part of the Maya interface. You can place it anywhere – above the shelf, next to the shelf, by the time slider – anywhere.

The road map of features for tweenMachine include:

Visit the TweenMachine page to learn more about the version 3 beta, and find a download to try out for yourself. 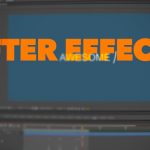 Working With Basic Animation Principles in After Effects Previous
C4DAPT2, Working with OpenVDB Volumes in Arnold for Cinema... Next 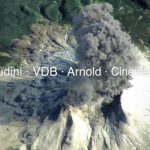 How to Use 4 Poses for the Perfect Overlap Animation