Characters in 3D are getting more and more real looking, at times vaulting the uncanny valley. There are a lot of factors that go into create a realistic character in 3D, with each stage is as important as the last.

Certainly, the realism can be lost or made with the shader stage. Creating convincing shaders that work with the character is pretty important. Having wrinkle map details in a simple bump map doesn’t get you very far. Even having one wrinkle map in a displacement map doesn’t do the character service when it is animated, simply because it doesn’t take deformation into consideration.

This is where having multiple displacements to create the wrinkle maps comes into play. You can drive which map shows, depending on what blend shape is being shown through the character.

Here, 3D Artist, Jon Stratton, covers his method for connecting wrinkle maps in Maya, by using multiple displacement maps. Jon walks through how he sets up the wrinkle maps in the node editor, and how he controls them along with the blend shapes.

When it all comes together it cam look really cool. 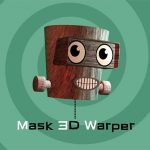 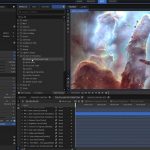 How to Manage Blendshapes for Animated Wrinkles

Creating Terrain in Maya with a Simple Displacement Map