2D After Effects animators, have you seen what has become possible using Blender’s Grease Pencil Tool?

Typically a grease pencil in a 3D application will allow you to mark up your scene and plan out things like arcs and poses. Blender 2.73’s Grease Pencil Tool goes way beyond all that.

The Blender Grease Pencil makes strokes and fills as real 3D planar elements in the scene, not just pixels on the screen.

The latest additions to make their way to the grease pencil tool is the ability to edit and animate strokes. This means that you can essentially use it as an animation tool for 2.5D, or the flat, motion graphics-style animation.

PepeLand’s Daniel Martinez Lara has been posting small test over the last year or so, showing off how the new screen drawing tool can be used as an animation production tool. Really it is nothing short of incredible — strokes and fills are converted to 3D elements as you draw them, but can still be erased, altered, edited, and animated as if they were strokes.

Animating this way has the advantage of being wrapped in Blender. You can use all of the 3D tools, that includes rendering at your disposal. Changing and animating the camera’s view in the animation becomes a really simple task.

From some of the examples, it is pretty clear that Grease Pencil’s main developer Joshua Leung (Aligorith) is keen to make the tool intuitive and animator friendly. 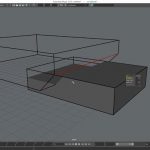 Blender’s Grease Pencil May Blow Ae Out of the Water