A while back, FrameStore’s Lighting Technical Director, Vahan Sosoyan released ATON, a free open source Arnold to Nuke display plugin that allowed you to push an Arnold IPR preview right into Nuke. Recently, ATON has seen an update that has a few new and welcome features, including support for the Nuke 10 beta.

The plugin works as an Arnold Interface-compatible display driver and Nuke plug-in for direct rendering into the Nuke interface. This means that you can push an interactive render preview to Nuke from any 3D application that is using Arnold for rendering, MtoA’s native IPR directly in Nuke.

The latest release adds multiple frame support, an AOV toggle, support for using multiple nodes in the same Nuke script, some frame stamp enhancements, a new “capture all frames” feature, and receives some performance improvements which include memory optimizations and bug fixes.

The minimum software requirements for ATON includes Nuke9.0v7 and MtoA 1.2.4.0 at Windows 7, OS X 10.6, Linux GCC 4.2.1 As always it will remain free and open source under New BSD License. 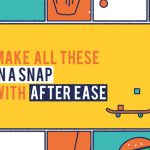 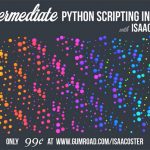 Aton Now Can Push Arnold Renders From Houdini to Nuke