With the release of an Open Source version of Toonz, many have been muddling their way through, tinkering and testing the software. The documentation is sketchy at this point, and learning OpenToonz has come to sharing by the community — Like this tutorial, which shows how to get started with OpenToonz bones for animation.

create a simple animation in OpenToonz using the Plastic tool.

OpenToonz can be confusing if you have only worked with animation softwares such as after effects. Things are different. OpenToonz uses a traditional animation Xsheet concentric workflow, where Ae uses a more intuitive layer and a timeline system. Make no mistake though, OpenToonz is powerful software.

Here, the Computer Art Club shows how to get animating with OpenToonz bones, called the “Plastic Tool”. Yes, OpenToonz has a “bone-a-fide” joint system for character animation, in comparison to Ae’s laborious puppet tool.

Joint and bones will inherently have a hierarchy built into them making management of them much more intuitive. Watching the tutorial, OpenToonz bones seem really straight forward to use.

The Computer Art Club introduces beginners and young learners to free art software, and as such has quite a few tutorials that cover getting started with OpenToonz. 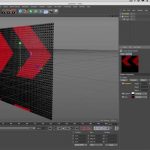 Creating an LED Board Using The Shader Effector in Cinema... Previous
Export Selected Object from Cinema 4D Next 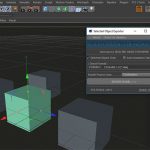 Importing Files for Rotoscoping With OpenToonz