Ever have missing or bad frames in a rendered sequence? There is nothing worse after a long render than bringing in an image sequence and having your compositor tell you that there are missing frames.

A post production support tool that automatically detects bad/missing frames in image sequences, from anything that renders them.

If you are rendering on a single machine, it is pretty simple to keep track of what your image sequences contain. Use multiple machines and applications, and all of a sudden you could be facing blank or missing frames quite often — only to find out too late in the game.

Now there is a new post production tool that can automatically check for bad and missing frames in an image sequence, no matter where they were rendered from.

Ramma to the Rescue

Ramma is a Mac OS application that was designed to take the pain out of working with potentially troubled image sequences.

Ramma can quickly and automatically warn you of missing, dropped corrupted or even non-contiguous frames.

Entire Sequences at a Glance

The app offers an simplistic view, showing every frame of an animation as a block in the UI. This makes it easy to quickly see issues at a glance.

Also, because Ramma updates on the fly, it can actually be used as a render output monitor, and display notifications when issues are found. 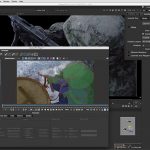 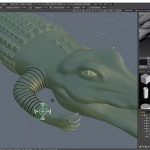