Universal Scene Description doesn’t sound like a pick-your-jaw-off-the-floor thing. Yet it is! Pixar has been pushing forward graphics advancements and giving back to the community with some open source efforts. A while ago, we were all amazed by the speed of GPU / CPU accelerated subdivision surfaces when they released OpenSubdiv. Since then quite a few developers have picked up on it, using it to bring speed to content creation applications, like Blender and Maya.

At the last Siggraph, Pixar released yet another open-source effort, USD, or Open Universal Scene Description. USD is meant to provide an interchange of assets. Things that a production pipeline would use, like models and animations. Universal Scene Description also tackles assembly and organization of assets into sets and shots, and can send them from one application to another, with amazing speed. USD also can edit scenes as overrides, non-destructively, using a single and consistent API, with a single scene-graph.

Just how fast is USD? Pixar Engineer Dirk Van Gelder offered up an example where he opens a scene that has 80,000 meshes, equating to 52 million polygons, in around 3 seconds, and plays the scene back with real-time frame rates. Kind of mind-blowing. 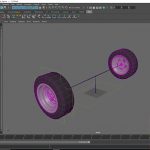 Build a Wheel Rig in Maya the Proper Way Using World... Previous
Creating a Realistic Anisotropic Shader in Arnold Next 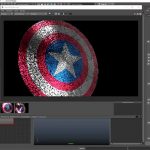