Have a Look at How Cycles 4D is Coming Along

Cycles 4D is coming soon to a Cinema 4D near you. Cycles is Blender’s Open Source production render engine that is an unbiased path-tracer tasking both the GPU and CPU for rendering. Cycles has been ported to other host applications perviously, and will be making its way over to Cinema 4D soon, thanks to INSYDIUM.

Here, Mike batchelor walks through a short preview showing off some of the capabilities that Cycles 4D will offer. There is a look at the integration into C4D, including the node editor for creating shaders and other production rendering networks.

Being that this is a port brought to you by INSYDIUM, of course there will be extra care given into having Cycles integrate tightly with X-Particles, the company’s popular particle system for C4D. From the preview, it looks like Cycles will be yet another an amazing render option for some C4D artists. If you want to follow Cycles 4D information as it is released, Visit 3.x-particles.com/newsletter and sign up for updates. 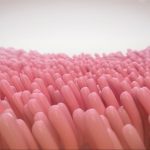 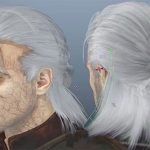