Creating a Sprite-Based Grid With Houdini

Lorcan O’Shanahan creates motion design and future interface designs for VFX. While being inspired by the work of Ash Thorp’s work for Assassin’s Creed, Lorcan developed a way to mimic that effect inside of Houdini, using a sprite-based grid.

Lorcan walks through creating a sprite-based grid in Houdini, covering some of the techniques that worked for him during his experimentations. The interesting part is that an image map can drive there sprites, so essentially you have some control over what is being displayed.

I came across a similar effect a while back in Maya, using MASH. Ian Waters walked through how to use MASH’s ID node along side of texture maps to drive animations. Ian’s setup uses objects instead of sprites, however the results are the same. 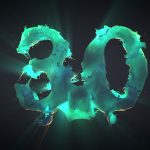 Phoenix FD 3.0 for Maya Released With a new FLIP Liquid... Previous
Loop Shape Layer Animation in After Effects With An Expression Next 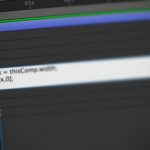 Use a 4×4 Matrix to Quickly Invert Animation in Houdini

Creating and Animating a Rubik’s Cube With Houdini