Creating an Autonomous Rig in Houdini

This is less of a tutorial and more of a video series that documents Marc Albrecht’s experimental approaches to creating what will be in the end, an “environmentally responsive self-animating autonomous rig”. That is to say, Marc is creating a creature rig that can automatically get around no matter what the environment is. The creature will automatically walk around, without the need for an animator to supply the keyframes.

As a “documentary” series of videos, where the first looks at the basic idea, gathering and understanding the tools that are required in Houdini, and setting up the basic rig.

The second int he series shows the autonomous rig reacting to an arbitrary terrain. It does this by using an “intersect” raycast that moves the “leg holding” body node along a path. A ramp is used to shape the animation behavior of the creature rig.

Marc admits that there are areas in the series where mistakes were made, and better solutions could have come to light. All in all, it is interesting to watch, and the results are pretty cool. Marc also mentions “I am using Houdini (16) for this project, but this should not hinder anyone from applying the thought process on any other “scriptable rigging system”. I do expect older versions of Houdini to work with it as well.” 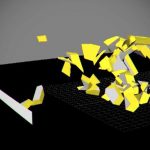 Getting Started With Bullet Dynamics in Maya Previous
How to Retopologize a Head, Like a Boss Next 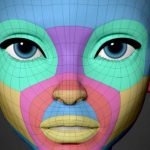 How to Extract Twist Rotation From a Wrist Bone Using Houdini