Retopology is part art-form, part science. The idea is to layout polygons in such a way that it benefits animation and other disciplines down the pipeline. There is quite a lot of theory that goes into why character models look the way that they do. Certainly pioneers and leaders of topological theory, such as Brian Tindall (Hippydrome) and Sergi Caballer have contributed greatly to the understanding of how retopology is meant to work. Breaking down those theories and putting them into practice, is Danny Mac  who shows up how to Retopologize a head in Zbrush.

Why not just use ZRemesher?

Zbrush has some great technology behind it. ZRemesher is pretty amazing. It can automatically retopologize any model that you have created. It can do this with a bit of user input as well. ZRemesher doesn’t allow for the type of user control that is required for retopologizing something like a head.

Danny goes over the basics in the first part of the tutorial, covering things like polygons, faces, loops, and rings. Part 2 shows how you too can retopologize a head, like a boss. 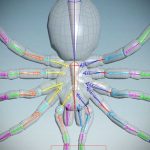 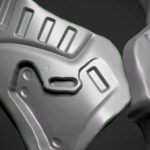 How to Troubleshooting UV’s in 3DC’s Retopo Workspace

Learn How to Retopologize Models in 3D-Coat

Retopologize Geometry for Animation, Based on Uv’s