Have a Look at the New Features for HB ModelingBundle

HB ModelingBundle has bee a must-have for C4D modelers for a while now. Holger Biebrach’s modeling toolset has been a way to improve modeling workflow in Cinema 4D. The goal of the 70+ scripts in the bundle is to do things with less clicks. In addition to adding modeling workflow improvements to C4D, the ModelingBundle includes a lot of tools that can do things that native Cinema 4D tools just can’t.

Biebrach has been hard at work improving the bundle. In fact, he is set to release a new update to it in the next couple of days. HB Modeling Bundle 2.2 has some nice improvements and additions.

There are some new modeling tools and some improvements to the layout of the toolset in Cinema 4D. Have a look at the video for a sneak look at what’s onboard for the the latest Modeling Bundle! 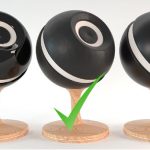 Watch What’s Great in the Next in C4D Modeling Bundle