An Introduction to Houdini: The Interface

If you have ever wanted to get started with Side FX Houdini, now might be the time. Rohan Dalvi stared a new tutorial series that intends to walk beginners through learning the procedural DCC.

Rohan’s first installment gives a basic overview of Houdini’s interface and how to get around with scene navigation. He also explains the various contexts within Houdini such as CHOPs, Geo, ROPs, Dynamics, and more. Learn essential keyboard shortcuts and how to create your first simple scene in Houdini.

Side FX makes it easy to learn Houdini with a free Apprentice version and a low barrier to entry Indie Edition. Houdini Apprentice was designed to let new users learn Houdini at their own pace. 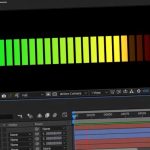 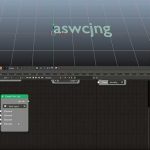 How to Dissolve Vellum Constraints Over Time

How to Build Hardwood Floors Procedurally in Houdini

Create a Suction Effect With FLIP in Houdini

How to Create a 3D Kaleidoscope Effect in Side FX Houdini