An Introduction to Houdini: Modeling Basics

Houdini can look pretty daunting if you are not naturally a tinkerer by nature. The procedural 3D DCC just does things differently than you might be accustom to in non-procural applications. Breaking down the concepts one step at a time helps, and that’s what master trainer Rohan Dalvi does in his new tutorial series that walks beginners through an introduction to Houdini. His latest installment in the series looks at the basics for working at a geometry level in Houdini, while the second part shows modeling basics.

If you want to dive into Houdini, this series from Dalvi is a great way to start. You can follow along by getting your copy of Houdini Apprentice— a free version of Houdini FX which can be used by students, artists and hobbyists to create personal non-commercial projects. 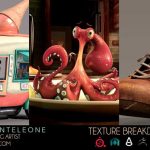 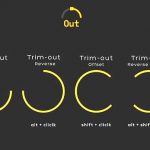 How To Build a Procedural Truss Support System in Houdini

Learn to Model a Fan Procedurally With Houdini