Getting Started With the World of Expressions in After Effects

Check out Animoplex (Parker Young’s) series entitled The World of Expressions, an extensive 27 part series that dives into what expressions are, when you should use them, and how to get started utilizing them in your work.

According to Adobe, an expression is a few lines of code that evaluates a single value for a single layer at a point in time. Often when artists and animators here the word code, they tend to shy away from anything that involves it. But Ae expressions are a great way to automate, simplify and enhance tasks that would otherwise be impossible or too time-consuming to create manually.

If you are looking to learn more about expressions, then you should have a look at Parker Young’s World of Expressions series. Lots of great information that you can get through at your own pace.

For those of you who are already pretty familiar with expressions in After Effects, Animoplex has a library of expressions listed in a repository. Check that out here. 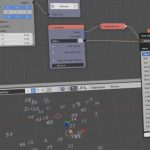 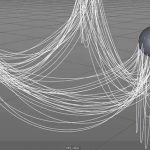