Gui Esp Shows How to Create a Mesmerising Particle Spiral Using Stardust in After Effects.

Brazillian Motion Designer and Instructor Guilherme Machado often posts about creating stunning effects with Stardust, Superluminal’s node-based particle engine within Adobe After Effects. Machado’s tutorial frequently focuses on just one node and the creative possibilities of networks based on that parent. His latest dives into creating a great looking particle spiral.

Stardust is a fantastic tool for After Effects. It gives users a modern and intuitive way to create detailed and intricate particle effects. What’s best is that it comes with a ton of practical presets that you can use as starting point for your work. Superluminal Stardust includes the Ae plugin and two render nodes for $249.00. 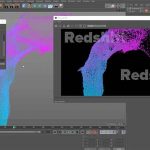 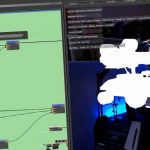 How to Create Animated 3D Backdrops With Stardust in Ae