How to Read Alembic Particle Attributes in Redshift C4D

Paolo Rava Shows How You Can Import Alembic Particles With Attributes like Color and Scale.

Alembic interchange framework is a massive benefit for artists, allowing people to exchange data between 3D applications easily. If you want to keep some of the particle attributes from the original elements in the exchange, that could be a little more tricky, as Motion Artist Paolo Rava found out. “Recently I got into a problem on a project importing particles inside c4d and to use them with Redshift.” After some tinkering, Paolo was able to create a solution. “I found a solution to this, and since there is not too much documentation on it, I have decided to make a short tutorial.”

The short video describes how you can import an Alembic particle sequence, keeping some of the original attributes such as color and scale. The particles come from Side Effects Houdini into Cinema 4D. Paolo also shows how to use attribute channels contained in the THinking Particle Data with the Redshift Renderer. “With this workflow, we can import other data as well as age, velocity, etc. without necessarily use plugins like X-Particle,” Paolo notes.

Paolo Rava is 3D/VFX Technical and Motion Graphic Artist and freelancer based in Milan Italy who recently switched from C4D to Houdini.

You can buy Redshift for Cinema 4D here. 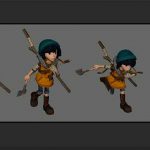 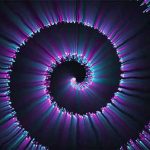