Cinema 4D Prime lacks a morph tag or blendshape deformers, but that doesn’t mean that you can make your own. If your version of Cinema 4D supports Xpresso, then you can create your own. Check out this short 22-minute video from CG Supervisor Charles Wardlaw where he shows how you can make deformers using Xpresso nodes.

Wardlaw walks through a few different setups along with some practical examples. One shows how he created a toon shadow rig by projecting a copy of the object on to another surface, using a custom-made deformer to drive it.

Wardlaw shares some of the files that he mentioned in the video, here.

Not too long ago, Charles made his feature-rich two-bone IK solver for Autodesk Maya, (called Grim vIK), free and open source. Grim vIK is under the MIT Open Source license initiative and works with Maya 2016 to 2018 on both MacOS and Windows. 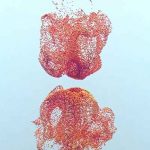 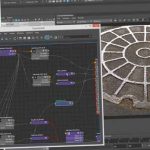