How to Create Motion Blur Smears With Houdini

Motion blur is typically something that is brought into rendering or post-production. That is until you want to create motion blur smears for an animation, then that is a different story. With Houdini, you can create a smear effect as a deformation. Mark Fancher’s latest tutorial experiments with the technique.

The system uses the dot product function to control a deformation. The result is a stylized motion blur effect that Marks says is similar to the Moblur Deformer. If you are watching, Mark does recommend some working understanding of Houdini 16.5, and it’s interface. You can download the scene file to tinker with here. gum.co/tcwbo 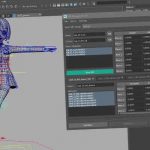 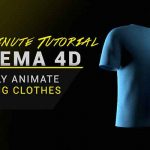 Practice Modeling in Houdini With the Algorithmic Design Workbook

How to Create Running Water and Splashes in Houdini

Creating a Swarm on a Surface With Houdini