New Script Can Layout Maya UVs Based on Topology

Niels Peter Kaagaard 3D modeler at Weta Digital who posts a new script for Maya that can help layout UVs using an objects relative size in world space as consideration. NPK Layout is a python script for Maya that can calculate the UV-editor scale of an input object. The Maya tool can unify the UV’s scale for multiple meshes based on a value set by the user.

The script can also automatically identify similar objects and lay them out next to each other. “The ideal way to use it is to UV your kit first, then duplicate your kit pieces around and use the script to help you lay out the UVs. It is identifying similar objects by looking at the topology of each object.” Kaagaard says. Also of note is that the Layout Tool works per object and not on a per-shell basis.

UV Layout automatically identifies similar objects based on topology. It will take face, edge and vert count into consideration to avoid recognizing objects with similar face count as the same. Then it will layout similar objects next to each other with even spacing – makes it easy for the texture artist to paint one object and stamp the rest. The tool is not limited to working on objects, it can also work on groups. It can easily identifying similar groups based on the amount of objects in a group and the topology of the objects within the group.

Each group is treated as an object, so the script assumes that you have layed out the UVs for the group and then it will scale all objects within the group to match the scale you have set. All objects within the group will be scaled from the same pivot point so it is not changing the layout but just the scale – if texturing already painted the object, they just need to uniformly scale and offset the texture.
Watch the video to see how helpful a tool like this can be. The demo playback speed is x2. The test is on roughly 20K polygons (+1000 objects). 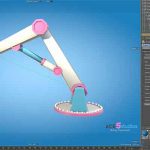 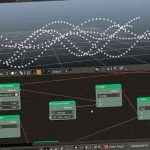