Much of the algorithms to reproduce nature already exists and can easily be found on the internet. Quite often, Junichiro Horikawa’s tutorials show how to implement these mathematical algorithms and work with them withing SideFX Houdini. his latest looks at creating swarm intelligence in Houdini, applying flocking behavior seen with birds and schools of fish.

The tutorial relies on Craig Reynold’s “Boids” system that has roots all the way back in 1986. Boids was a mathematical model of organized animal motion that could describe flocking birds and schools of fish. Horikawa explains how the Boids system works and then implements the principles to create a swarm intelligence system in Houdini that you can use with flocking and other types of animation. 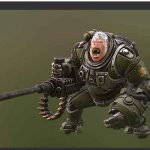 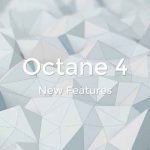 How to Create Particles Advected by Volume in Houdini

How to Create an Initial State for Houdini Water Simulations

Create a Houdini Field System That Can Avoid Particles