As part of Blue Zoo’s long-running animated short films programme, a brief was sent out to everyone in the studio to pitch an idea to tell an emotional, human story, while experimenting with the physical optics of projecting CG animation.

Blue Zoo Animation Director Ben Steer pitched the idea of Mamoon, which proceeded to win the company-wide studio vote, and went into production.

Over the next year, he directed, filmed and collaborated with other artists to make this beautiful short. 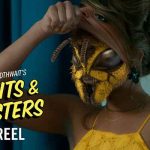 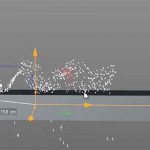