How to Create Curve Pursuit in Side FX Houdini

David A. Ferreira Shows How to Create Shapes in Houdini Using the Curve Pursuit Algorithm.

A little while ago, David A. Ferreira showed off a video of an experiment that made used the concept of pursuit-curves to create abstract geometry in SideFX Houdini. By definition, a curve pursuit is a curve formed by a relationship between points that represent pursuers and pursuees. The curve of the pursuit is the curve traced by the points that pursue.

Essentially, it’s a system is the path that is taken by a point that is always trying to move towards another point, thereby forming a curve. It sounds complicated, but David’s short demonstration makes it pretty clear. David then shows how to recreate this simple algorithm in Houdini. You can download the HIP file here. 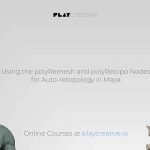 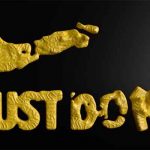