Use VEX and Solvers in Houdini to Create Strange Attractors

What exactly are Strange Attractors? They can be a mathematical equation or fractal set that represents a complex behavior pattern out of a chaotic system. Entagma’s Moritz Schwind believes the curved motion from strange attractors looks quite appealing. It can also be a nice addition to your generative toolkit.

Moritz provides a straight forward introduction to strange attractors, and how you can create them within Side FX Houdini by using both VEX and a solver, to plot them in 3D space. VEX offers a multithreaded language in Houdini that is based on C. This makes it perfect for writing your own fast evaluating nodes, without leaving Houdini.

Solvers within Houdini let you repeat operations over and over, allowing you to run a sequence of operations on the results. These can be useful when creating a simulation in Houdini.

Both of these Houdini features come together to create the strange attractor effect, that will create a beautiful and abstract images that are highly sought after. 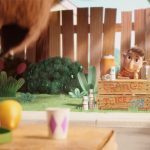 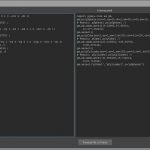 Create a 3D Frost Solver for Animation With Houdini

How to Create a Houdini Smoke Solver From Scratch

Create Your Own MetaBall Field in Houdini