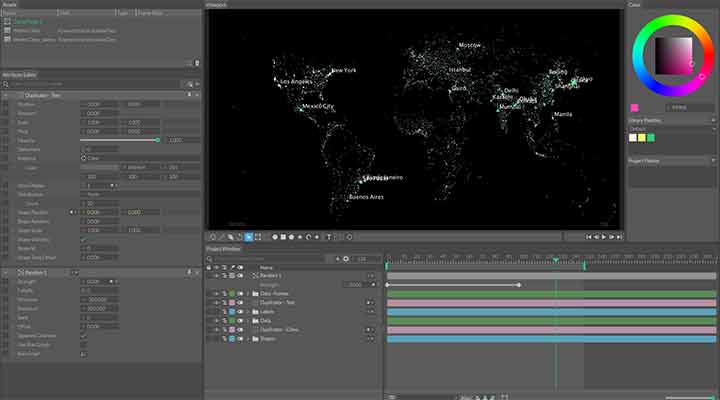 Cavalry is a brand new 2d animation application combining the power and flexibility of 3d with the ease of use of 2d.

So, there is some interesting news from Mainframe’s Manchester studio. Apparently, they are working on a 2D animation application that works procedurally and blends the flexibility and power of 3D tools with the ease-of-use of a 2D animation tool. Mainframe’s Chris Hardcastle unveiled the news recently. “After more than a year in-between projects and many hours of planning, designing, coding, testing, experimentation, head scratching and a lot of smiling we now have a solid foundation in place and are beginning to see clear signs that our grand ambitions are becoming realized.”

Mainframe UK is a forerunner in the motion graphics community for their outstanding work, but also their tools. They are the ones responsible for MASH, Maya’s motion graphics toolkit and the Maya-After Effects Live Link that lets you scuttle elements back and forth and control each app from the other. So this news comes with some great excitement for what might be possible with Cavalry.

Cavalry: is the name telling?

Objectively there are tons of motion designers out there that feel a little like they have little else to turn to when it comes to their toolset. There isn’t a lot out there unless you want to move to a node-based system like Nuke or Fusion. Certainly, there is HitFilm, and Moho too, but in all, no one has the one-shot solution that will carve a path and champion motion designers for the future. Maybe Cavalry is it? Chris Hardcastle writes “The incumbents in 2d animation have been offering very little true innovation in recent years. Built on aging architectures they are becoming increasingly reliant on 3rd party plug-ins for any significant feature improvements. While we use and love many of those plug-ins ourselves they can often result in artists jumping through hoops as they wrangle disjointed workflows.” In short, they see the gap in the market and they intend to fill it with Cavalry.

Cavalry makes a splash by offering things like deformation, rigging, dynamics, data-driven animation, scattering and instancing, and wait for it… a “proper” graph editor. The app also focuses on the basics while taking a new approach to proceduralism. “Don’t worry, we’re not forgetting the basics. Cavalry will also include a full suite of traditional animation tools, streamlined and rethought, allowing artists to focus on what they do best. In addition, Cavalry’s procedural backbone encourages a ‘do anything to anything’ attitude. All without expressions, all without opening a node editor.” Hardcastle says. have a look at Hardcastle’s article detailing what Cavalry is and a bit about how it works.

Also, have a look at Ian Waters’ post that explores some of the ideas that are central to how Cavalry works here. 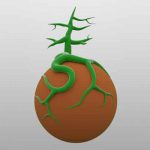 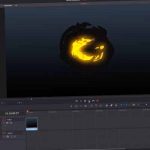