A Look at the New Erosion Tool in Houdini 17

Rohan Dalvi has a look at the new erosion tool in Houdini 17, covering all of its settings.

Rohan Dalvi dives into the new Erosion Tool in Side FX Houdini offering some insights into what is new and different with erosion since SideFX rewrote the entire Erosion system in Houdini 17. The node is much faster now, but it also has a ton of more options for users.

HeightField Erode uses rainfall, the instability of soil and entrainment rates as variables to simulate erosion and deposit buildup on terrains. It’s a great way to create more realistic terrain elements in Houdini. Dalvi has a course for terrain building in Houdini that offers over three hours of material including the .hip files for only $35. This tutorial is a sort of update to that section of the course. 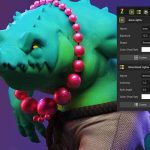 Check Out This Sneak Peek of the Upcoming Zoo Tools Pro... Previous
Working With Maya's New Cached Playback Feature Next 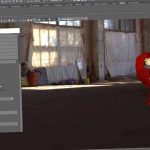