Early on in 3D animation, Animator Keith Lango’s tutorials were very popular among people wanting to learn. His Pose to Pose Pop-Through Animation tutorial was standard viewing for all animations students at one point, offering a fantastic overview of the pose to pose process. Lango is a professional CG animator, director, and artist for over 22 years now, and throughout those years he continued to teach starting a VTS (Video Training Service) for paid subscribers.

{ animation } So you say you want to be an animator but it's too expensive?

Don't know how to find a mentor? School is too far away?

BOOM. @keithlango just dropped a treasure trove of answers for you.

Recently Lango posted the entire series for free on Youtube for all to experience. “These videos were made monthly for subscribers to the VTS from 2005 to 2010,” Lango says. The videos are 64 total, making it a fantastic resource for anyone who wants to learn or polish up their animation skills. There are lots of tutorials that cover the technical bits between the software and the animation process, but Lango covers the principles of animation making it valuable anywhere. 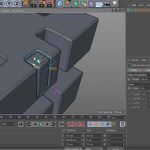 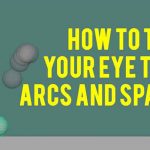 Use the Layered Method for Easy Run Cycle Animation

Follow These 15 Steps for a Perfect Walk Cycle Every Time