Follow These 15 Steps for a Perfect Walk Cycle Every Time

Animator Chiara Porri has an easy to follow tutorial for creating a base walk cycle in 15 steps.

The animation is part art, part science, and part observation. It’s simple enough to bust out the reference of the five primary poses and move your character to match. Watching Chiara Porri’s latest tutorial offers much more than merely hitting all the poses.

More than poses, it’s essential to know why the body moves the way that it does. Chiara’s walk cycle tutorial covers all that (plus some tips) and does it in a way that super-easy to understand. “I really spent most of the time trying to find the best way to explain to you each step and why the body moves in a certain way,” Porri says. “it’s pretty long compared to all the other videos on my channel.” That doesn’t matter because the tutorial is well worth the watch time.

Chiara is a freelance animator who finds the time to help people get started in animation with tutorials and tips. Chiara works as a Character Animator for Tv Series, Movies and Videogames. 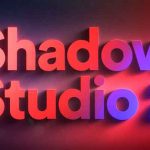 Shadow Studio is the Definitive Tool for simulating Shadows... Previous
Make Smooth Moves in C4D by Creating a Dynamic Camera... Next 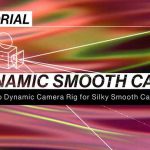 Use the Layered Method for Easy Run Cycle Animation

Quick Tip for Guiding Your Character With Redirects