Jake In Motion uses DUIK connectors to create a simple head rig that has on-screen controls.

In the world of After Effects, there is no shortage of tools that allow you to rig and animate a character. When talking controls for the face and head, there is Joysticks ‘n Sliders that let you create handy on-screen controls. However, that isn’t the only tool for the task. You can also use DUIK Bassel which has a connectors feature and is also free. Have a look at Jake Bartlett’s latest tutorial that shows how to create a simple head rig using DUIK.

Jake offers a great introduction to the rigging process. Although the head rig is simple, the tutorial does get quite involved. “By the end of the video, you should have a great foundation to start rigging your character heads,” Jake says.

The Connector in DUIK is a way to control nearly any property in Ae, by using any other property. Think of it as a bit like parenting between layers, but with properties. 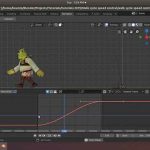 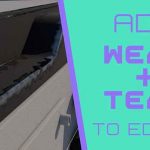