Create a Looping 3D Circle Animation in After Effects

Move Shapes steps through working with a 3D circle, animating them and getting them to loop in After Effects.

Motion graphics foundations rest on design and animation principles with a whole lot of technical bits sprinkled on top. A short tutorial from Peter Arumugam also known as Move Shapes looks at creating simple 3D shapes, animating them, and making them loop correctly. The tutorial covers making a 3D circle in After Effects using the Cinema 4D renderer.

One of the best things about using the Cinema 4D renderer in After Effects is the fact that you can build 3D objects from 2D vector shapes. That allows you to edit the original vector shape which will then alter the 3D shape too. A great an almost procedural way to work. 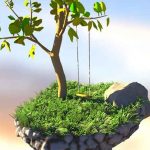 How to Create a Tree Swing With the Vellum Solver Previous
Easily Create a Dynamic Twisting Rope in C4D With This... Next 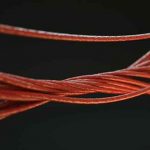