How to Animate Subdivisions in Houdini

CG Monkey King shows how to create a simple algorithm in Houdini to create an animated subdivisions effect.

David A. Ferreira also recognized as the CGMonkeyKing often creates mesmerizing shape-based effects using SideFX Houdini. One such experimentation uses subdivision in Houdini to create a great looking animation of simple objects. His latest tutorial walks through how he created that look, using a simple algorithm to produce an animated subdivisions effect.

One other tutorial showed some similar experimentation, only using the Curve Pursuit Algorithm to animate between intricate shapes. Both tutorials have corresponding HIP files of which you can download and dive into the details. 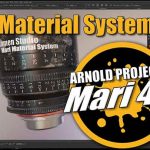 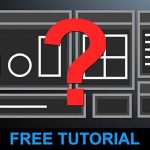