Since it’s release, vellum is proving to be a valuable solver addition to the SideFX Houdini dynamics toolset. Used for everything from ropes to cloth, Vellum’s position based dynamics approach to clot, hair and grains is a VFX Powerhouse. VFX and Motion Graphics Artist Nicolas Heluani dives into how he made wiggly worms using Vellum.

The video represents Heluani’s first tutorial or walkthrough, citing that “Quite a few people asked me for it, some promises were made, and I am a guy that keeps them,” Heluani says. You can see the original animation below, the result of some R and D for creating procedurally generated worms to have a workflow to develop worms, and just creepy little critters. All done in Houdini, rendered in Redshift. 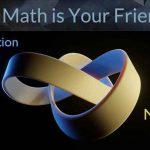 How to Create a Trefoil Knot With Animation Nodes Previous
Your Eyes, Will I Ever - Directed and Animated by Félicien... Next 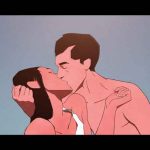