How to Create Procedural Animated Waves Backgrounds in Ae

Najib Khayati (Noble Kreative) shows off the flexibility of working with shape layers in After Effects for creating animated backgrounds quickly. Shape layers and animators in After Effects not only let you generate a lot of significant effects. But by also adding a bit of expressions, you can control what is going on in your scene. In his latest tutorial, Khayati shows how to create an animated waves background effect using procedural techniques in Ae.

The tutorial makes use of a few expressions to gain some controls over the points in a shape layer, making them easier to animate. The key behind Khayati’s tutorials is that you can create some fantastic effects without having to rely on third-party tools. Some of them even remind of long-forgotten plugins bundled with After Effects. 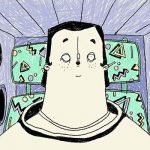 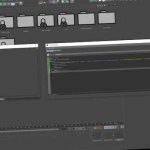