How to Make After Effects Cartoon Smoke

Some topics seem to get a lot of coverage in the After Effects tutorial world. One of them is the idea of making cartoon smoke. There are a few ways to accomplish this type of look, using third-party tools like Trapcode Particular, while others use built-in After Effects tools. Have a look at Noble Kreative’s latest tutorial that shows Najib Khayati’s take on creating the popular effect.

The tutorial uses some old stand-by’s like fractal noise a displacement map and some distortion effects like Bulge.

A tutorial from Tigran Manukyan Shows How to Create Animated Cartoon Smoke in Ae, Which Has a Hand-Drawn Look.

Check out CreativMotion’s take on the shaded smoke effect here.

Shawn Sheehan shows how to get a cel-shaded look to smoke effects using Trapcode Particular. 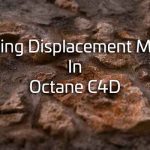 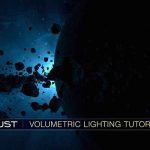 An Easy Way to Create Cartoon Smoke in After Effects

re-creating the lost smoke monster in after effects