An Easy Way to Create Cartoon Smoke in After Effects

Tigran Manukyan Shows How to Create Animated Cartoon Smoke in Ae, Which Has a Hand-Drawn Look.

You can pick up a lot of great tips from motion designers in Twitter. Just the other day, Freelance Designer/Animator Kyle Martinez posted a little demo that quickly detailed a method for creating a cartoon smoke effect that looked like it might have been hand-animated.

Sometimes you just need to stack a few effects and fake some frame by frame animation https://t.co/PE8HJtylA9 pic.twitter.com/gDyadEHpoK

The base of the technique makes use of an old Ae trick, stacking a couple of effects: Blur and levels. If you couldn’t glean enough from the Gif on Twitter, Motion Designer Tigran Manukyan took it upon himself to explain the process a little more thoroughly.

Tigran uses Trapcode Particular to create the initial movements of the spheres that make up the base of the smoke effect. You could just as quickly animate circles on your own if you don’t have the plugin.

The magic of the effect comes from using a blur and then crushing the alpha to get a nice sharp line. The combination of the two effects makes all the elements melt into each other, giving a nice hand-animated look.

If you are looking to add a bunch more smoke effects to your library, then you should definitely check out DeArts Productions’ 240 Toon FX Pack to learn more, or pick up a copy for $22.

Building on the premise even more Mikey Borup brainstormed that the same effect would work just by using a single text layer. Why? Because why not!

Hey @kyletmartinez Saw you smoke effect, pretty cool, got my mind flowing and been jamming on the idea of using a text layer to achieve this. check it out. 🙂 still needs some work. pic.twitter.com/m2TTjFqWBg 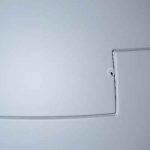 How to Maintain Sharp Corners on a Curved Surface in... Previous
Working With Attractors in Cinema 4D Next 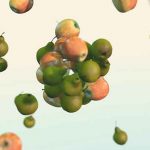 How to Make After Effects Cartoon Smoke

re-creating the lost smoke monster in after effects