How to Remove a Drone Shadow Using Nuke Projection Mapping

Nao Adachi shows how to use projection mapping for easy removal a wandering drone shadow from a shot.

You don’t need to be a visual effects expert to work a lot of the tools that are out there today. A lot of users can create simple removals and other base-FX work using things like Mocha Pro and other FX-based packages. Every once in a while though, you will encounter something that seems near impossible in a shot. Take for example trying to remove a drone shadow from a shot, where the shadow moves all over the scene. This was a recent task that Nao Adachi took on, and decided to share the technique. Nao uses Nuke and projection mapping to solve the problem.

“This technique is useful when the shot is very long,” Nao says. “if you try to remove something by making patches and tracking you would have to frame hold so many different frames.” If that sounds like a nightmare to you, then check out how you can use projection mapping to make the task much easier. Nao covers the finer details of creating the effect with Nuke, but theoretically, you could use any compositor or DCC that allowed for 3D and camera mapping to remove a drone shadow. 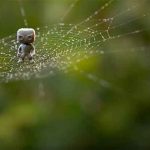 Creating and Rendering a Spiderweb with Houdini, Maya,... Previous
How to Make a Procedural Glowing Rock Material in Blender Next 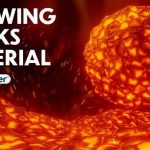 Check Out This Beginner’s Guide to Nuke

Getting Started With 3D Camera Tracking in Nuke