How to Model a Building Facade With Cinema 4D

Wolfgang Rode shows some techniques for modeling a building facade in C4D.

Have you ever wondered how to model a building facade in Cinema 4D, while using proper topology too? Buildings are neat to model. There are lots of details in there that can make or break the models. In his latest tutorial Wolfgang Rode, also known online as “contrafibbularities” has a dive into modeling a building facade — More accurately, a neoclassical facade.

This video isn’t the first architectural style tutorial that Rode put out. Check out how to use hard surface modeling techniques to build brick arches here.

Rode works with the HB Modeling Buncel by Holger Bierbach. Although the plugin isn’t a requirement to finish the tutorial, it does make some tasks much faster than without it. The tutorial is a long one, weighing in at about three hours, so buckle up! You can download a project file with the reference image from the tutorial here. 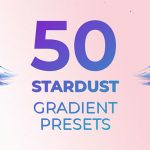 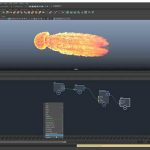 How to Model Procedurally and Parametrically in C4D

How to Get Clean Geometry from the Boole Object in C4D

How to Model a Tiny Castle in Cinema 4D

Modeling a Realistic Cloth Cover for Cables in C4D