How to Model Procedurally and Parametrically in C4D

We quite often hear the term modeling procedurally or parametrically, but what does that mean? In it’s purest form, procedural generation is creating objects algorithmically or when the order of things becomes an essential attribute. Parametrically implies the ability to change the parameters without breaking the effect of your procedures. Put those two together, and you have a fantastic way to work. Case in point is Glen Johnson’s latest tutorial that shows how to create a sphere full of nice holes that feature C4D standard tools such as the wrap deformer.

The procedural part is stacking multiple deformers together where the order becomes vital to the result. “This video tutorial is the first in a series of videos looking at the various deformers in Cinema 4D,” Glen says. “and how they can be used together with #generaters to make fully parametric objects.” Watch the tutorial and be amazed as to how simple things can have elaborate endings. 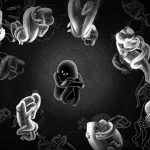 Yin Previous
How to Create Chipped Paint for Eevee Next 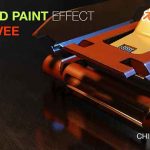 How to Model a Building Facade With Cinema 4D

How to Get Clean Geometry from the Boole Object in C4D

How to Model a Tiny Castle in Cinema 4D

Modeling a Realistic Cloth Cover for Cables in C4D